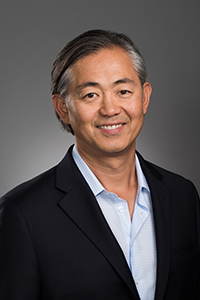 Brian Kim, President & CEO
Brian has been guiding HighRoads’ transformation into a strong and cutting-edge market leader since July 2016. He is an innovative and accomplished leader in the health care industry, bringing decades of experience and expertise to his role at HighRoads. As a seasoned entrepreneur, Brian’s energy, customer focus, and strategic vision helped drive a restructuring of ikaSystems, leading to its successful acquisition by Blue Cross Blue Shield of Michigan. As CEO of HighRoads, he has continued his steady, repeated successes growing top line revenue, building strategic partnerships, delivering effective marketing and communications strategies, reengineering products, and leading client management teams.In addition to his pivotal roles at HighRoads and ikaSystems, Brian has held leadership and corporate development positions with Medco Health Solutions (Express Scripts), NaviNet (NANTHealth), and Blue Cross Blue Shield of Massachusetts.

Brian holds a Bachelor of Arts in Biomedical Engineering from Harvard University. 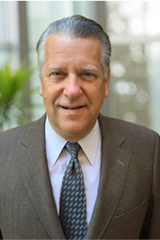 Edward J. Novinski
Ed, the executive chairman board of directors, was senior vice president of United Health Networks, the division responsible for United Health Group’s commercial, Medicare and Medicaid contractual relationships nationwide, including 450,000 physicians and ancillary providers affiliated with 4,800 hospitals. Edward’s division of 2,300 full-time employees was accountable for medical costs of just over $100 billion annually.During his 10-year tenure in this position, Ed led the effort to structurally and culturally transition the organization from a decentralized to a centrally managed structure. In doing so, he recontracted the network to meet the strategic, operational and product objectives of each of UHG’s principal lines of business based on a value proposition of cost, product flexibility and access. Ed also head leadership roles with MedPartners Inc., United Health Group, Luteran General Hospital and Parkside Human Service’s physician practice management and Physician Hospital Organization services (now Advocate HealthCare). 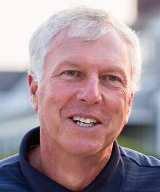 Lou Volpe
Lou is the managing general partner at Kodiak Venture Partners. Prior to joining Kodiak, he was president, COO and director of ArrowPoint Communications where he was responsible for all of ArrowPoint’s functional organizations and managing worldwide operations to achieve company growth objectives. ArrowPoint had a successful IPO in March 2000 and was acquired by Cisco Systems for $5.5 billion in June 2000.Prior to joining ArrowPoint, Lou was senior vice president of Worldwide Sales and Marketing and a member of the board of GeoTel Communications, which was acquired by Cisco Systems in June 1999. He joined GeoTel early in its developmental stage and was a major contributor in building its worldwide sales and marketing presence. He was also instrumental in guiding the company through its IPO and eventual $2 billion acquisition. Previously, he served as senior VP of Marketing and Operations for Parametric Technology Corporation from 1989 through 1994. Before Parametric, he was an executive at Prime Computer. He has been an active investor and board member of a number of companies, including Atria (acquired by Pure) and Softdesk (acquired by Autodesk). He is a member of the board of directors for several Kodiak portfolio companies, including Azimuth Systems, ChannelAdvisor, Egenera, GlassHouse, HighRoads, Newforma and SpaceClaim.